So it’s 2:34 am on Tuesday morning, which is not really a typical time for me to be writing a Slapdash Saturday post. My daughter has been awake for two hours now, almost, proving once again that if Jack Bauer ever needs a sidekick when he’s torturing someone, she’s his girl. She does this thing where she cries, then is quiet just long enough for me to doze back off, and then she cries again. And so far she’s been doing it since 12:50, and I finally gave up on ever sleeping again so I came down here to write in my blog and listen to her cry.

And before you think I’m the meanest mom ever for letting her cry it out, please believe me when I say that this is not the first time she has done this and there’s nothing for it but to pray she falls asleep before daylight. Because I have tried it all in the past and none of it works.

Also, I think it goes without saying that she slept like an angel for my parents this past weekend. Which I suppose is good, since I’m sure we’ll want them to watch her overnight again, but I’m expecting very llittle sympathy from them.

So anyway, I figure I can write this and schedule it to appear sometime this afternoon or evening, which might just give me a chance to take a nap, which obviously I am going to need.

Now that it’s eight days after Memorial Day, I thought I should post some pictures from the holiday. We spent the entire afternoon driving back across Iowa, stopping when things looked interesting. Bubs and Squeezy were with us, and Stinky was at the zoo being totally spoiled rotten by his grandparents.

We stopped at a few different places, but I think this one was Bubba’s favorite: 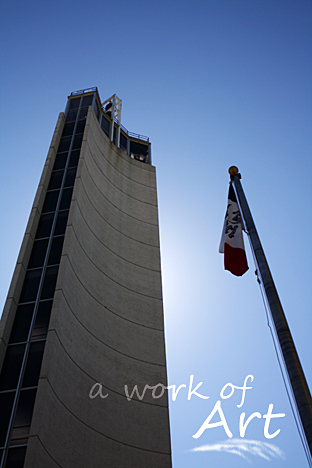 It’s a bell tower in Jefferson, Iowa, and Bubs and I went up in it. 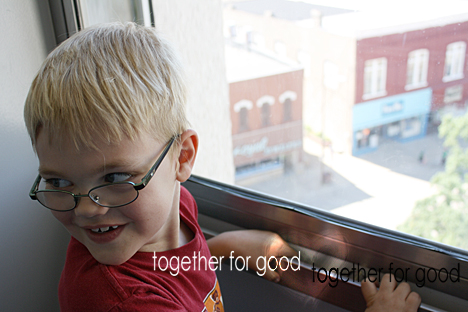 I don’t think he had realized when he said he wanted to go up just how high it was. He started to get a bit nervous as we went higher and higher. 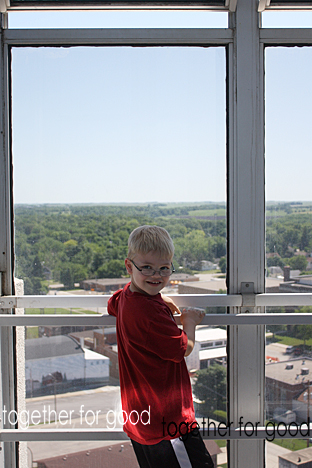 Once we got to the top though, he was okay, because it was all glassed in. Apparently he thought we were going to be standing on the roof or something. 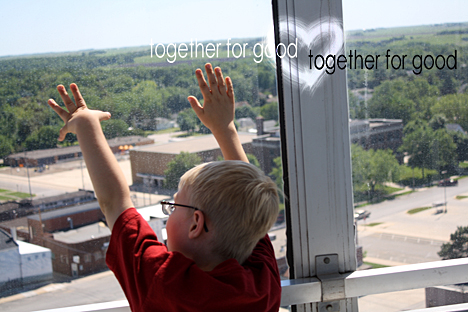 Our tour guide said you can see twenty miles in each direction from up there. 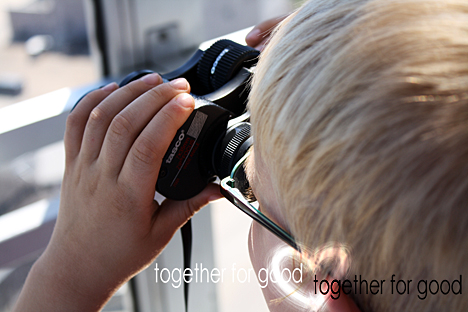 Bubs was disappointed that he couldn’t see Omaha, which was 135 miles away. Distances are still a little muddy in his mind, I guess. 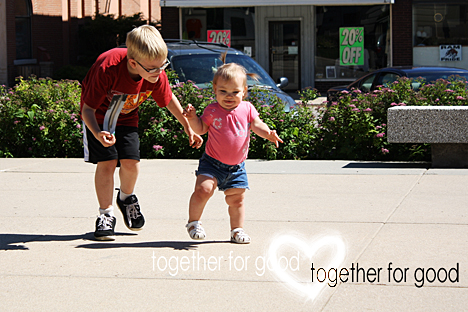 After we rode the elevator back down, we hung around and waited for the bells to ring. They play songs every hour. Bubs chased Squeezy Bug around and generally kept her happy. 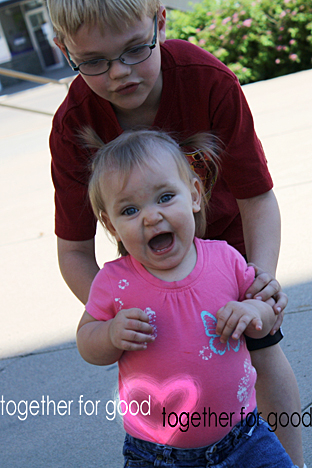 Which was, not surprisingly, cute.

(She’s been quiet now for almost ten minutes. It could be real this time).

Memorial Day evening we made a little fire and made s’mores. 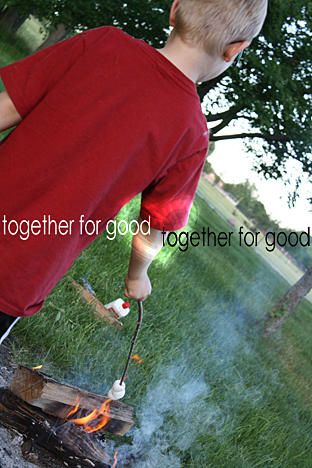 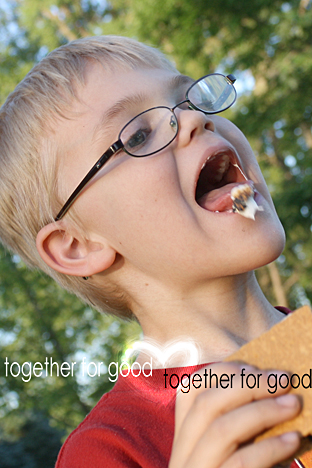 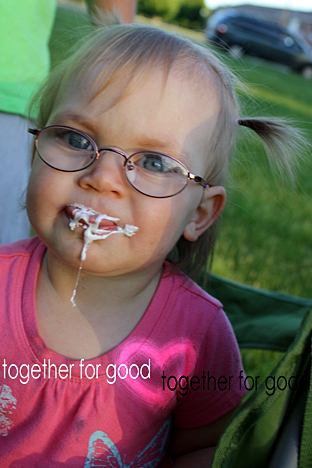 She really wasn’t particularly impressed by gooey marshmallow, which worries me a little. She was more interested in trying to fling herself alternately into the fire and the pond. 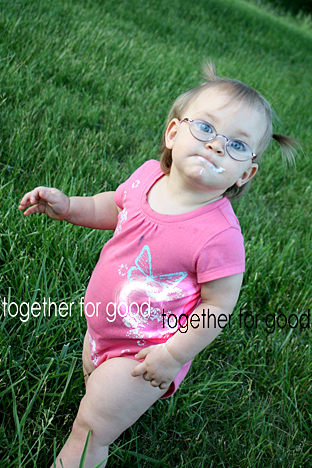 That’s just how she rolls.

(It’s been half an hour since I heard a peep from upstairs, which means this post is almost over).

I got a bit behind on my blog reading last week, and almost missed the fact that I Won something!!!!! That never happens and is therefore entirely worthy of bold and italics.

I entered a giveaway over at Tweetspeak Poetry, and I won a copy of Marcus Goodyear’s new book, Barbies at Communion. It arrived today, and while I haven’t had time to read more than a couple of the poems inside, I have thoroughly enjoyed what I have read.

Well, tomorrow comes early, and Stinky has VBS and I have laundry and Squeezy is finally asleep for real, so I’m going to end this post now. 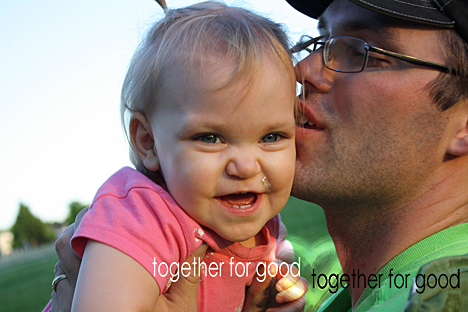 It’s a good life, you know? Even for the sleep-deprived.

6 thoughts on “Slapdash Saturday, edition 11– If This Post Makes Sense, It Will Be Nothing Short of a Miracle” 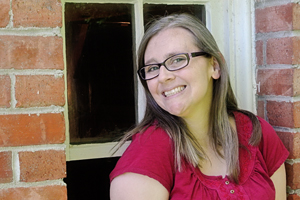